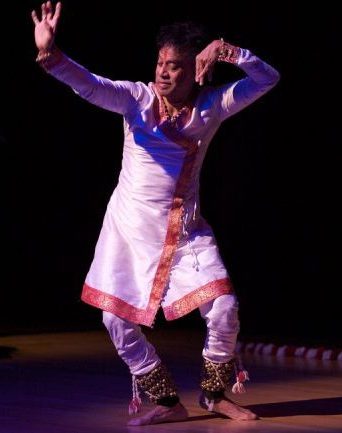 Pandit Chitresh Das was a true master of the art of kathak dance whose legacy is as multi-faceted as it is powerful. His tireless dedication to the art brought virtuosic solo performances, revolutionary collaborations, and innovative teaching to the world. Pandit Das viewed kathak as a way of life, a service to society, and a path to self-knowledge. Pandit Das’s work was integral in bringing the art of kathak to the United States and preserving it within the Indian diaspora and beyond. Throughout his life Pandit Das worked to innovate “within the ring-fence of tradition,” infusing new vitality into the art form while remaining faithful to its classical foundation. This approach culminated in the creation of his groundbreaking technique, Kathak Yoga, which demonstrates rhythm, movement, and melody simultaneously, requiring the dancer to bring mind, body, and spirit into unified focus and elevating kathak to a meditative practice. As a teacher, Pandit Das challenged and supported his students within the guru-shishya parampara (guru-disciple tradition) to an extent rarely seen today. His holistic teaching style has enriched the lives of thousands of students in India and the USA, and has produced many senior dancers who have gone on to establish their own performance and teaching careers. 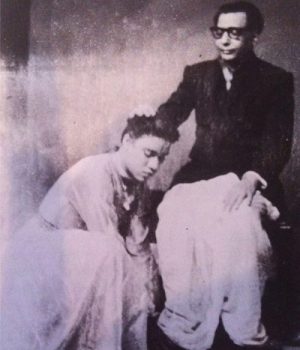 Born in Kolkata, West Bengal, to Smt. Nilima Das and Nrityacharya Prohlad Das, founders of Nritya Bharati, one of India’s first institutions for teaching classical music and dance, Pandit Das began his own dance study at the age of nine under his guru, Pandit Ram Narayan Mishra. Pandit Mishra instructed him in both the subtle grace of the Lucknow School and the powerful rhythm of the Jaipur School. A child prodigy, young Chitresh Das was soon dazzling esteemed audiences with his artful synthesis of the two styles.  With his guru Pandit Das studied his craft diligently and gained a deeper understanding of life. He carried these lessons throughout his own life and keenly imparted them to his own students often saying, “as my Guruji taught me, dance in such a way that your dance becomes one with everything.”

Pandit Das came to America in 1970 after receiving a Whitney Fellowship to teach kathak dance at the University of Maryland. The following year the great Ustad Ali Akbar Khan invited him to teach kathak at the Ali Akbar College of Music in Marin County, California. Pandit Das settled in California and in 1980 established his own school, the Chhandam School of Kathak, and the Chitresh Das Dance Company. In the years since, Chhandam has grown to teach hundreds of students in the Bay Area. Pandit Das’s disciples are also teaching in locations globally including Boston, Toronto, Los Angeles, Denver and Mumbai. Pandit Das was unwaveringly committed to his students, in addition to personally leading many of the classes throughout the California branches of his school, he frequently visited the other schools. In partnership with organizations such as the New Light Foundation, Akansha, and SMILE, Pandit Das also taught and arranged ongoing classes for underprivileged children in Mumbai and Kolkata. 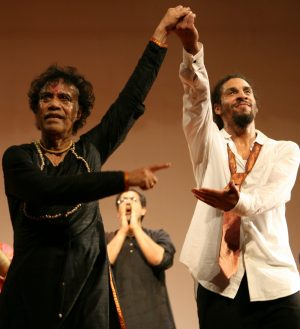 Pandit Das was widely recognized for his thrilling solo performances, which combined storytelling, classical music, and lightning-fast footwork. Even in his later years Pandit Das was hailed for performing with youthful vitality and energy underlying a dance of equal parts grace, mathematical precision, and dynamism. His profound command of kathak enabled him to engage in collaborations with artists representing different cultures and dance styles. Most notably, in 2004 Pandit Das met acclaimed tap dancer Jason Samuels Smith at the American Dance Festival’s “Festival of the Feet.” The connection that formed between them led to India Jazz Suites, a critically acclaimed series of performances over 8 years placing North Indian classical music and dance in dynamic dialogue with modern American tap and jazz. This collaboration led to Upaj: Improvise, a documentary exploring the significance of their friendship and artistic collaboration, which aired on PBS and was praised at several film festivals. In September 2014, less than two months before his 70th birthday, Pandit Das once again engaged in meaningful cross-cultural artistic dialogue collaborating with renowned flamenco artist Antonio Hidalgo Paz in Yatra. At the same time, he delved deeply into his own religious and philosophical upbringing in conceiving and choreographing the Chitresh Das Dance Company’s production, Shiva, which premiered as a complete work at the prestigious Cal Performances in March 2016. 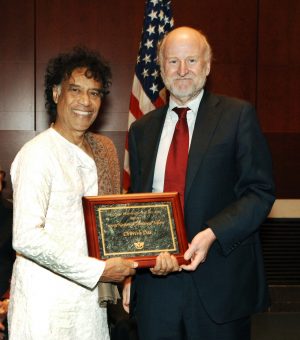 Pandit Das’s lifelong goal was to work as an emissary for kathak through “educating, promoting, and thus preserving” the art form; in so doing, he created a legacy that will influence kathak for generations. His tremendous impact is reflected by many awards and honors including a 2009 National Heritage Fellowship from the National Endowment for the Arts—the highest award presented to traditional artists by the United States government. Because of his tireless work, in 2006, the Mayor of San Francisco declared September 28th “Kathak Day.” His many other accolades included awards and grants from the Olympic Arts Festival, the National Dance Project, the California Arts Council, the Rockefeller Foundation, the Irvine Fellowship in Dance, and a lifetime achievement award from the San Francisco Ethnic Dance Festival. In India he was honored by the Bharatiya Vidhya Bhavan in 2007 for his contribution to kathak. However, the greatest testament to Pandit Das’s legacy lays in the many dancers, students, scholars, and audience members whose lives he touched with his dance, humanity, and wisdom. In his words, “Life and death are the only reality. You come alone, you go alone. Only thing to do in between is practice and do whatever you do with love.”