The Chhandam School of Kathak and Chitresh Das Dance Company was officially incorporated as a 501(c)(3) nonprofit organization in 1980.  As one of the first organizations in the United States devoted to promoting and preserving the kathak tradition, Chhandam has made a deep imprint on North Indian classical dance over its 40-year history.   From producing ground-breaking world-class productions to garnering prestigious awards and critical acclaim, to being presented by major performing arts venues across the U.S. and India, the Chitresh Das Dance Company trail blazed a new path for people outside of India to gain an appreciation for and even become practitioners of kathak dance.

The Chhandam School’s standard bearing teachings developed by Pandit Chitresh Das across four decades in not just dance but the rich music, theory, and philosophies of Indian classical art, has become a globally influential pedagogy.  Pandit Das’ unwavering commitment to teaching and to challenging his students in modern society to adhere to the traditional guru-shishya parampara (guru-disciple tradition) made Chhandam a conduit for enriching the lives of thousands of students and producing multiple generations of senior disciples who have gone on to establish their own performance and teaching careers in their own rights.

Women Leaders of the Organization

The backbone of the organization's long-standing history and leading-edge success lies in the hands of many visionary women leaders who have worked tirelessly to build the organization’s reputation, raise awareness of the art form in a western framework, advocate for resources, and establish a community of supporters and believers.  In particular, there were key women who took leadership at different phases of the organization and whose impact is immeasurable. 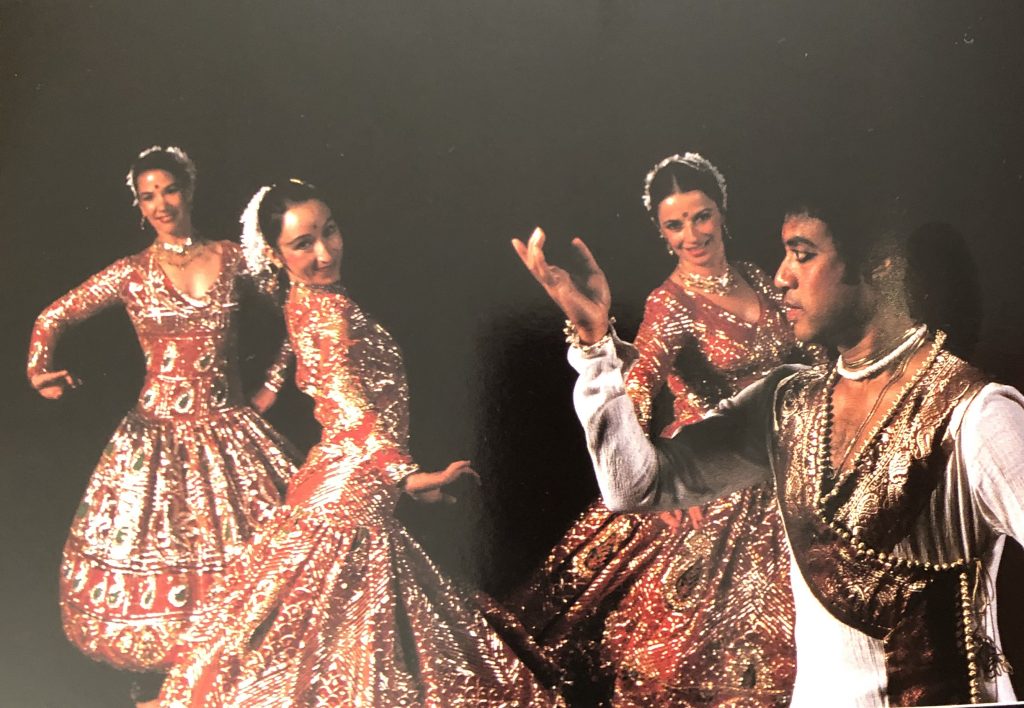 Julia Maxwell co-founded the Chitresh Das Das Dance Company in 1980 and is responsible for incorporating the first ever American kathak dance company as an official nonprofit organization. Serving as its Executive Director, she aligned artistic vision with business goals, putting kathak on the mainstream map, representing the company to presenters, establishing relationships with grantmakers and media, and growing audiences.  She also spearheaded the making of the 1986 publication, Chitresh: Calcutta to California. As a principal dancer of the company herself, she performed on tours in the U.S. Canada, Europe, and India.

In the late 1980s through mid 1990s, Michelle Zonka took leadership of the organization. Her main passion was to formally establish Chhandam’s role in training next generations. It was her vision that led to laying the groundwork for the codified curriculum that is still used as the foundation for Chhandam’s curriculum today, including many classroom materials,  a written handbook on theory and history, and practice recordings for students.  Under Ms. Zonka’s leadership, Chhandam also expanded its educational program from the predominant White-American post-hippie community of Marin County to the growing Indian diaspora of Silicon Valley.  As a performer in the company and devoted practitioner of the dance, she was one of the first dancers to excel in and perform Pandit Das’ famed technique of Kathak Yoga. 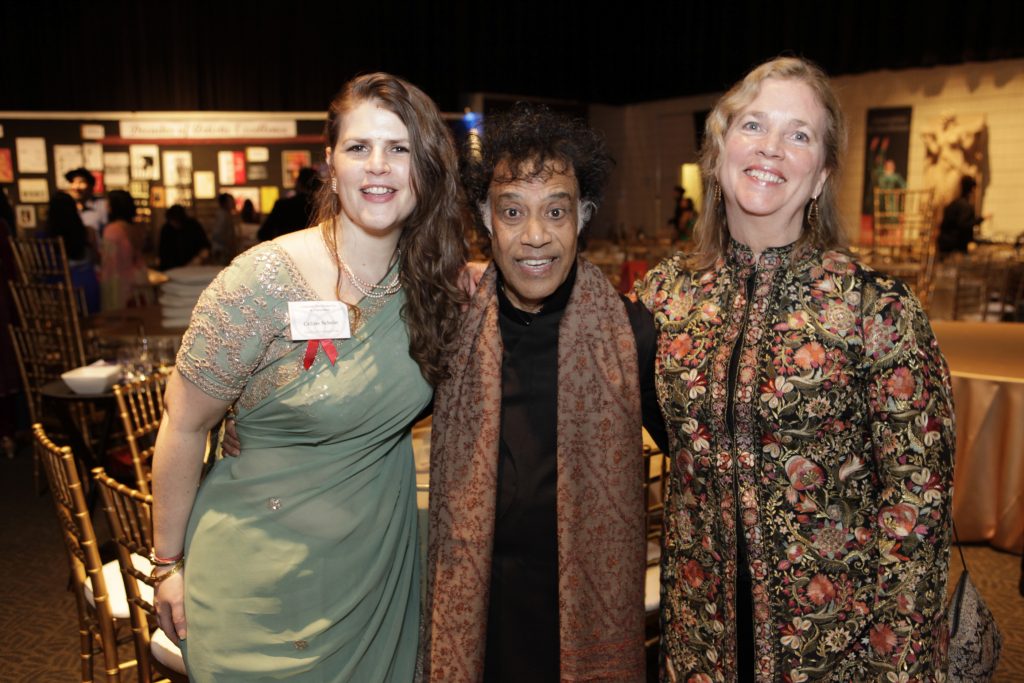 From 1996-2016, Celine Schein Das was at the helm of the organization.  As Executive Director, her vision was to build the organizations national and international reputation, passionately advocating that kathak dance and traditional arts as a whole should be recognized and supported equitably alongside Western-based art forms.  Under her leadership, she grew the budget from under $100,000 in 1996 to $1.1M in 2014.  She established relationships with new grantmakers, substantially grew the touring program for Pandit Das and the company, and advocated for the art on national mainstream platforms such as Dance/USA.  She, along with the Chhandam staff, produced two of the largest Indian classical dance festivals to take place outside of India:  Kathak at the Crossroads in 2006 and Traditions Engaged in 2010.  She also produced India Jazz Suites, Pandit Das’ iconic collaboration with Tap star Jason Samuels Smith, that went on to become an international phenomenon, touring throughout the world and resulting in a documentary that was screened worldwide and aired nationally in the U.S. on PBS. 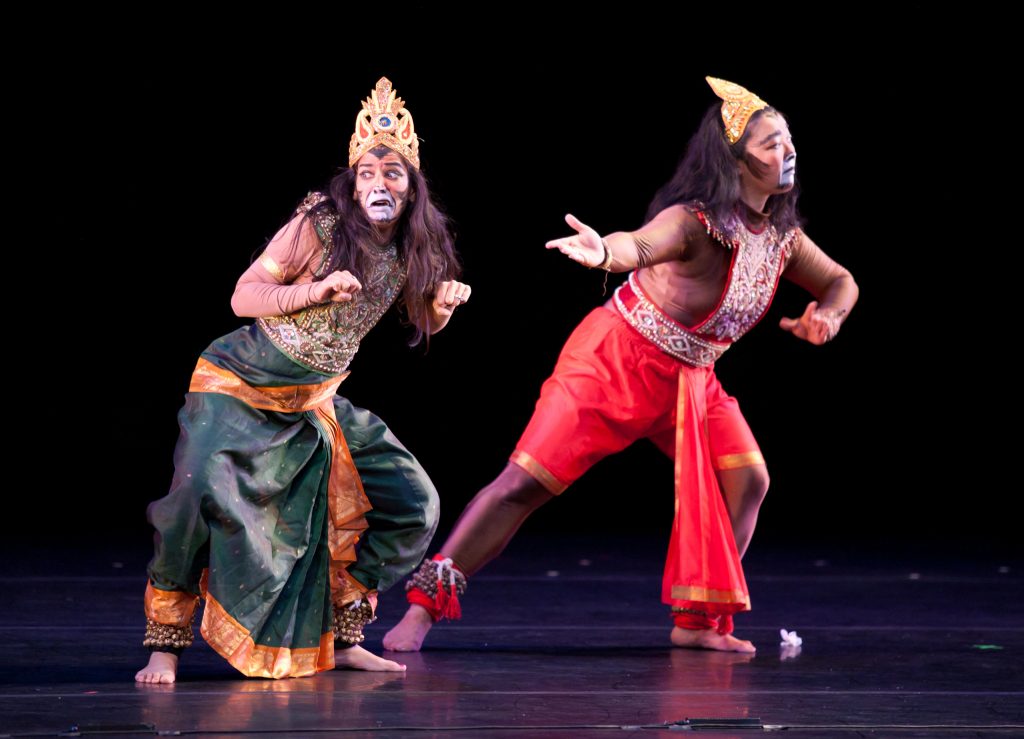 In 2009, Pandit Das appointed senior disciples Seibi Lee and Rachna Nivas as co-directors of the Chhandam School under his artistic mentorship. Lee and Nivas worked closely with Pandit Das to revise and evolve the Chhandam curriculum and pedagogy based on the exploding Indian diaspora and his vision to build ownership of the art within the South Asian community. Lee and Nivas directed two major school dance dramas with over 300 students performing and they created and established new programming such as the youth summer camp, teacher development, student examinations, and new classroom learning materials.

In 2017, Lee and Nivas took leadership of the full organization along with advisory from senior disciple, Rina Mehta, and Interim Executive Direction from senior disciple Pratibha Patel.  One of their priorities in the wake of Pandit Das’ passing was to transition from a western-model dance company to an incubator that supports development of new artistic works by multiple senior disciples carrying forward kathak dance in a collective vision. Additional priorities include creating a pathway for pre-professional adult training, cultivating a new generation of leaders for our lineage, and building a sustainable  infrastructure that financially supports artists to work viable careers in the arts. 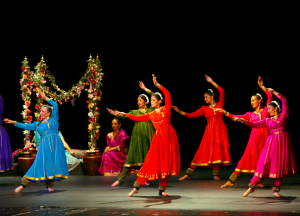 There are many more women who have selflessly dedicated their lives over the years to not only building the Chhandam organization but doing the invisible work to preserve this legacy and to gain recognition for it in an environment of limited resources and little awareness of the art.  We at Chhandam, are forever grateful and deeply conscious that any successes we achieve today are in part on the backs of the many sacrifices made by so many powerful women.
Additional acknowledgements include:
Gretchen Hayden, Joanna De Souza, Amrit Mann, Noelle Barton, Pratibha Patel, Jaiwanti Das-Pamnani, Charlotte Moraga, Eddie Shine, Farah Yasmeen Shaikh, Seema Mehta